Deprecated: Return type of mtekk\adminKit\setting\setting_base::jsonSerialize() should either be compatible with JsonSerializable::jsonSerialize(): mixed, or the #[\ReturnTypeWillChange] attribute should be used to temporarily suppress the notice in /home/ab3y4ugp4t5b/public_html/tregroup.net/wp-content/plugins/breadcrumb-navxt/includes/adminKit/setting/class-mtekk_adminkit_setting_base.php on line 66

Deprecated: Return type of WPCF7_FormTag::offsetExists($offset) should either be compatible with ArrayAccess::offsetExists(mixed $offset): bool, or the #[\ReturnTypeWillChange] attribute should be used to temporarily suppress the notice in /home/ab3y4ugp4t5b/public_html/tregroup.net/wp-content/plugins/contact-form-7/includes/form-tag.php on line 395

Deprecated: Return type of WPCF7_FormTag::offsetGet($offset) should either be compatible with ArrayAccess::offsetGet(mixed $offset): mixed, or the #[\ReturnTypeWillChange] attribute should be used to temporarily suppress the notice in /home/ab3y4ugp4t5b/public_html/tregroup.net/wp-content/plugins/contact-form-7/includes/form-tag.php on line 387

Deprecated: Return type of WPCF7_FormTag::offsetSet($offset, $value) should either be compatible with ArrayAccess::offsetSet(mixed $offset, mixed $value): void, or the #[\ReturnTypeWillChange] attribute should be used to temporarily suppress the notice in /home/ab3y4ugp4t5b/public_html/tregroup.net/wp-content/plugins/contact-form-7/includes/form-tag.php on line 381

Deprecated: Return type of WPCF7_FormTag::offsetUnset($offset) should either be compatible with ArrayAccess::offsetUnset(mixed $offset): void, or the #[\ReturnTypeWillChange] attribute should be used to temporarily suppress the notice in /home/ab3y4ugp4t5b/public_html/tregroup.net/wp-content/plugins/contact-form-7/includes/form-tag.php on line 399

Deprecated: Return type of WPCF7_Validation::offsetExists($offset) should either be compatible with ArrayAccess::offsetExists(mixed $offset): bool, or the #[\ReturnTypeWillChange] attribute should be used to temporarily suppress the notice in /home/ab3y4ugp4t5b/public_html/tregroup.net/wp-content/plugins/contact-form-7/includes/validation.php on line 78

Deprecated: Return type of WPCF7_Validation::offsetGet($offset) should either be compatible with ArrayAccess::offsetGet(mixed $offset): mixed, or the #[\ReturnTypeWillChange] attribute should be used to temporarily suppress the notice in /home/ab3y4ugp4t5b/public_html/tregroup.net/wp-content/plugins/contact-form-7/includes/validation.php on line 72

Deprecated: Return type of WPCF7_Validation::offsetSet($offset, $value) should either be compatible with ArrayAccess::offsetSet(mixed $offset, mixed $value): void, or the #[\ReturnTypeWillChange] attribute should be used to temporarily suppress the notice in /home/ab3y4ugp4t5b/public_html/tregroup.net/wp-content/plugins/contact-form-7/includes/validation.php on line 59

Deprecated: Return type of WPCF7_Validation::offsetUnset($offset) should either be compatible with ArrayAccess::offsetUnset(mixed $offset): void, or the #[\ReturnTypeWillChange] attribute should be used to temporarily suppress the notice in /home/ab3y4ugp4t5b/public_html/tregroup.net/wp-content/plugins/contact-form-7/includes/validation.php on line 82
 What is Jitter: Definition, Causes and Prevention | TRE Group
Blog

What is Jitter & How to Deal With It?

HomeBlogNewWhat is Jitter & How to Deal With It? 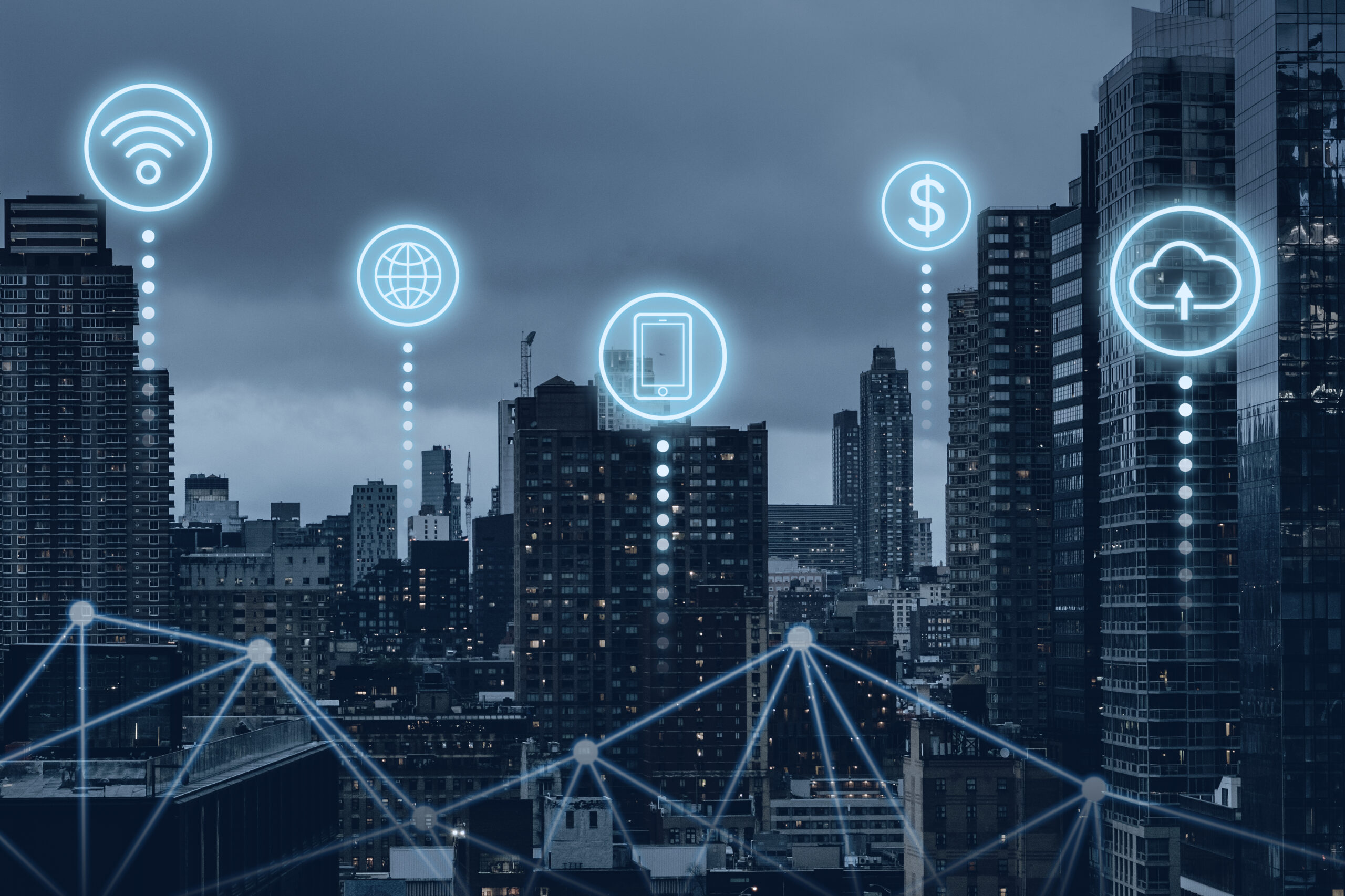 The quality of data transmission over the Internet affects the quality of our work and leisure time. Therefore, it’s essential to use all the right tools and methods to provide yourself with stable data transfer speeds. Fluctuations and jitter in the network can significantly degrade the quality of the Internet connection, making it impossible to fully use some services.

This article will help you learn the concept of network jitter and its causes. Also, valuable information will help eliminate the jitter when you’re connected to the Internet.

What is network jitter?

Jitter is the variation of data latency in an Internet connection. All information on the Internet is transmitted in packets of data with an equal delay. Changing this interval breaks the signal’s integrity and makes it less stable. Measurement variability occurs because of the technical nature of the Internet. Each data packet may take a different route to its destination, the load on different nodes on the network varies over time, and so on.

The technology behind jitter

Causes of jitter over a network

There are several main causes of jitter over an Internet connection:

Most of these causes of jitter can be corrected at home without spending much money or going to specialists.

The most common streaming data jitter occurs in the following user scenarios:

For example, data latency is often encountered during Internet calls and business conversations via Skype, Zoom, Google Meet, and other similar services. You will immediately notice the jitter, as it is manifested by interference, distortion of sound, audio, and picture freezes.

Accordingly, the greater the delay, the worse the Internet connection becomes. If the situation is not corrected, the problem may recur every time you turn on an online video, start an online game, or call someone over the Internet.

The effects of jitter

Constant jitter harms the quality of the Internet connection. Note that maximum Internet speed and the presence of jitter are not correlated. You can use high-speed Internet, but for some reason, your connection may experience jitter.

Consequently, you may not be able to fully use all the features of the Internet, including everything related to streaming data in real-time. Therefore, it is necessary to detect the cause as soon as possible and eliminate the network jitter effect.

What is acceptable jitter for the Internet?

How do I fix jitter on the Internet?

There are several proven ways to get rid of high Internet jitter. Use one or more to stabilize data packet latency and improve network quality.

Use an Ethernet cable

One of the main causes of Internet signal jitter is wireless connections on devices with unstable data transmission. Of course, using Wi-Fi signals is very convenient in large houses, offices, and apartments. However, a wireless signal can be interrupted by external factors.

For example, microwave ovens, radio signals, and other factors can interfere with the Wi-Fi signal to your devices. This will cause you to experience constant jitter in your Internet connection, regardless of your ISP’s speed.

Fix this by using an Ethernet cable to connect devices that allow it, for example, a TV, computer, game console, or surveillance system. An Ethernet connection using fiber optic cable is known to be more stable. In 95% of cases, it will reduce or eliminate network jitter.

Packet prioritization is one tool to combat high Internet signal jitter. Each router has a QoS (signal quality) adjustment feature that allows you to prioritize certain data packets manually. This can help if you are experiencing jitter due to traffic congestion or many devices connected to the same router.

It only takes a few minutes to set up the prioritization. However, this can only be done in the router’s web settings interface. Use your device manufacturer’s instructions or contact your ISP’s support team.

Get a powerful router

Investing in a high-quality router always pays off. A powerful device transmits data from the ISP’s network to the user’s devices as quickly as possible without interference.

There are a few key parameters to consider when choosing a router:

Often, the cause of a jittery Internet signal is an insufficiently powerful router that cannot overcome interference and provide stable data transmission at high speeds.

There are several ways to minimize the waste of bandwidth on your Internet connection:

It will help if you choose these devices well to minimize network jitter. Two frequencies are needed to distribute traffic between different types of devices. For example, the 5 GHz frequency has less range than the 2.4 GHz. The 2.4 GHz is busier, allowing it to be used for data streaming.

By distributing traffic between different frequencies, you will reduce the load when streaming Internet data.

Use a jitter buffer

In addition to the above preventive measures, a buffer is used to combat jitter. This mechanism is implemented in many VoIP devices. The buffer allows you to compensate for the variable rate of incoming traffic on the receiving side by creating temporary storage for data packets. All incoming packets are sorted according to timestamps and then given to the codec. If traffic is lost, the mechanism re-requests the lost packets.

The buffer size is calculated automatically by the VoIP equipment, or the user sets it forcibly in the settings. It should not be too big, so as not to increase the delivery delay. At the same time, the buffer jitter size shouldn’t be small. Otherwise, it will cause a loss of traffic packets when the delay time changes in the VoIP network.

Jitter is a time delay difference in the transmission of data packets. As we mentioned above, a quality, stable Internet connection requires an exact time difference in the transmission of data packets. Ideally, it should be between 10 and 30 milliseconds. If there is jitter, each data packet is transmitted at a different time interval, making it impossible to achieve a stable streaming Internet signal. This happens most frequently with streaming services, online telephony, online games, and others. On the regular Internet, its effects are insignificant.

One of the main causes of network latency is distance, particularly between the client devices fulfilling requests and the servers responding to those requests.

Accordingly, the higher the delay, the worse the Internet connection quality. This parameter is similar to jitter but denotes different processes which you now know about.

Are you experiencing an Internet connection failure? One of the causes could be jitter that is higher than usual. Try to determine the jitter on your device as quickly as possible. If your Internet connection data packet latency is above 30 milliseconds, then you need to apply one of the techniques above to get rid of it.

Our guide will help you identify the causes of jitter and eliminate it as quickly as possible. Don’t let jitter in your Internet connection ruin your gaming or work experience. After all, with unstable data latency, you won’t be able to fully play online games, watch streaming videos, or make VoIP calls with anyone.

What is an Acceptable Jitter for VoIP?

VoIP (Voice over Internet Protocol) requires minimal jitter for stable, real-time transmission of voice data between users. You need to achieve a minimal jitter of 10-20 milliseconds if you want a stable voice connection without interruptions, distortions, and delays during an online call.

What is a Softphone? Definition and Benefits

What is Jitter & How to Deal With It?